When Lost aired over a decade ago, its successful narrative created a pop culture impact and changed the landscape of television. If you are a fan and want to watch shows like Lost then you can have a look at this list we made just for you.

The hugely successful television series Lost aired in 2004. The premise, as we know, deals with a group of people surviving a commercial passenger plane crash on a remote island. The show masterfully explores supernatural and sci-fi elements on this mysterious south Pacific island.

The use of cliffhangers at the end of each episode of Lost kept the viewers on the edge of their seats, desperately craving for the next episode to come. Even though it’s a large ensemble cast, most of the characters receive a justifiable personal arch. Lost was inspired by the movie Castaway and became one of the most expensive pilots to be shot at the time! Lost continues to be appreciated for its originality in storytelling and dynamic character arcs.

The director of Lost, Damon Lindel also created a supernatural drama series called The Leftovers. The show begins 3 years after an unexplainable global event called ‘Sudden Departure’  where almost 2 per cent of the population, nearly 140 million people, disappear. The Leftovers isn’t about WHY people are gone, it’s about how the ones who remain dealt with their loss, people often try to comfort themselves with dreams, angels, gods, or even death.

The Leftovers will leave you with so many questions but beyond words, you have to feel it and savour its unanswered questions to find peace. The Leftovers is an incredible television series that starts incredibly well but loses its way by the series’s end. I have to say though, Carrie Coon has brilliant moments in the end. The Leftovers is so weird, fragmented and nonsensical at times that it reminds me of Lost. If you are looking for shows like Lost, I recommend that you give The Leftovers a try.

The Manifest is a supernatural drama show about a bunch of people who discover that they lost 5 years of their lives when they landed in New York after their aeroplane faced severe turbulence. All the people on the plane were presumed to be dead. Now, these people have to find a way to adjust themselves to a new life around their loved ones. Mild spoiler! They learn their loved ones and the rest of society is not as they left it.

I found that the show’s premise was very intriguing and the actors give a very convincing performance. The narrative details of the show, however, in my opinion, are a bit sloppy and inconsistent. The writers surely have room for improvement but their concept is incredibly thrilling. Every episode of Manifest keeps you on your toes. Manifest has completed 3 seasons up until now and continues to be on air. Manifest is a pretty good choice if you want to watch TV shows like Lost.

This lesser-known show The Lost Room is an American Sci-fi television miniseries which only had 3 episodes of 90 mins each and no follow-up seasons. The show was based on a very unique idea where the room in question (known as the ‘Lost Room’) and the objects in the said room had supernatural powers. This strange room is set in a 1960s motel along the iconic U.S. Route 66.

One day the protagonist (Peter Krause) Joe Miller’s daughter disappears inside the room. Joe, with the help of objects present in the room, tries to find his daughter Anna (Elle Fanning). The story of Lost Room was intensely engaging. I found the direction and the actor’s performances to be absolutely brilliant. It baffles me that the creators did not return to make another short season within the same concept. If you have been searching for TV series like Lost then I can assure you that Lost Room will be worth a watch.

David Lynch, the well-known director of weird and captivating films such as Eraserhead and Blue Velvet created an iconic show called Twin Peaks. It is a hauntingly eccentric show about the investigation of the mysterious murder of a small-town homecoming queen named Laura Palmer. Believe me, as odd as the show may seem at first, you will grow to love it, after all, it is considered to be one of the best mystery shows ever created.

With the mysteries, the supernatural elements and the list of bizarre characters, Twin Peaks has it all. In my opinion, the cinematography of the show was truly ahead of its time. Kyle’s Dale Cooper was especially entertaining. Twin Peaks’ experimental formula of the satirical soap opera is extremely unsettling yet rewarding to watch, I must warn you, it’s not for the faint-hearted!  If you are in search of TV shows like Lost then Twin Peaks won’t disappoint you.

The Prisoner centres around an unnamed British agent (Patrick McGoohan) who tries to flee his country after abruptly quitting his high-ranking government job. He is abducted and held captive in a strange ‘sea-side’ village that is isolated from the rest of the world. This village is a highly secure and monitored place filled with weird technology. There are only 17 episodes to this late 60s show but it manages to bring up such surreal surprises, it’s sure to leave a great impact on the viewer.

The Prisoner’s unique concept influenced many popular shows including Lost. The creators of Lost even cited the show. I was very impressed by how ahead of its time The Prisoners proves to be. If you want to watch more shows similar to Lost the Prisoners should definitely be on your list.

The 2004 Battlestar Galactica is a reboot of the original 1978 miniseries of the same name. Do not be mistaken by the title, the show is not related to Star Trek.  Battlestar Galactica is set in the 7th millennium AD and follows Cylons, the robot enemy of humanity that resurfaces to destroy the 12 colonies of Mankind. Only a few survive and are able to escape on ships led by a powerful warship called Battlestar Galactica. Mankind struggles to fight the Cylons and work their own political agendas and disputes while finding their long-lost 13th colony Earth.

The show is a dark, intense and gritty socio-political commentary with EPIC cinematic value. The script is especially clever and as a huge fan of sci-fi shows, this show ticks the boxes in all the right categories. When the show was released, it blew the viewers and critics away. As far as an obsessive and gripping story goes, Battlestar Galactica is one of the most similar to shows like Lost.

The New People is an American Tv series that aired only for 1 season and is focused on a couple of college students who survive a plane crash. The incident takes place while they were returning from a trip to Southeast Asia, their plane crashes on an island in the south of the Pacific ocean.

By now this show must already be sounding a lot like Lost to you, and it surely is. The remaining group of people discover an unusual truth about the island: there’s an above-ground unused nuclear test site filled with supplies for the survivors. If you want to see more plane survival stories like Lost then The New People should definitely be on your list.

The show Flight 29 Down is a drama series about a group of pre-teens/teens who are stranded on a South Pacific island after their plane crashes in a tropical storm while they were flying from an eco-adventure camping trip in Palau. The show is in many ways a younger version of the Adult-centred show Lost but sans the supernatural elements. I’d say that the show draws inspiration from the show The New People.

Flight 29 Down uses the technique of a video diary as a plot device for the viewers to keep up with the story of these children. It was very engaging to watch young intelligent characters finding their way on the island. The first two seasons of the show are quite engaging but I seemed to lose interest in its 3rd and final season. Regardless, Flight 29 Down is a really good series to watch if you want to see TV shows like Lost.

Fringe is a popular Sci-fi crime drama television series. It may seem like a standard procedural drama at first, but the show actually explores the parallel universe, alternate versions of people filled with crazy scientific experiments. I personally had a great time watching this show.

Fringe is actually inspired by shows like Lost, The X-files and The Twilight Zone. The 3 main characters of the show work with a special division called Fringe. There are so many brilliant twists and turns in Fringe that in my opinion, the show is at the top of its category. If you are searching for TV series like Lost, I strongly recommend you watch Fringe.

This American fiction show is based on the infamous Alcatraz Federal Penitentiary built on Alcatraz island in San Francisco Bay. The prison is now closed but once kept some of the most dangerous criminals of America. The show takes the liberty to make a show around the conspiracies of the place.

In the interesting premise we see that under unknown circumstances, 256 inmates and 46 guards of the prison disappear without a trace. Later the disappeared ones start to appear one by one without ageing a day and resume their criminal activities with no realisation of disappearance. A special government unit is dedicated to finding and putting those criminals back in prison. If you are looking for mystery shows similar to Lost, try watching Alcatraz.

Based on a novel written by the sci-fi legend Stephen King, Under the Dome tells the story of the residents of the fictional small town called Chester’s Mill, when a huge, transparent and indestructible dome suddenly cuts them off from the rest of the world.

Now the trapped residents try to find a way to discover the truth, origin and purpose of these domes. This journey forces them into situations where they learn more about each other than they ever knew. Under the Dome may not be on the top of this list but it’s quite a decent watch if you’re looking for mystery shows similar to Lost.

The German-language Netflix series Dark is an interesting blend of Science fiction and Mystery. Truly a compelling and mind-bending story to watch. At the beginning of Dark, many children suspiciously start disappearing in the German town of Winden. The dark past of generational mysteries of 4 families living in the town namely, Kahnwald, Nielsen, Doppler, and Tiedemann is brought to light.

After the discovery of a wormhole, the lives of the families intertwine more than one can imagine. I believe every element of the show is top-notch, especially Dark’s cinematography, which is a TRUE masterpiece. If you are looking for TV series similar to Lost then the intense and gripping story of Dark is sure to keep you engrossed.

Here are a few TV shows like Lost that didn’t make the list, but you can check them out nonetheless: 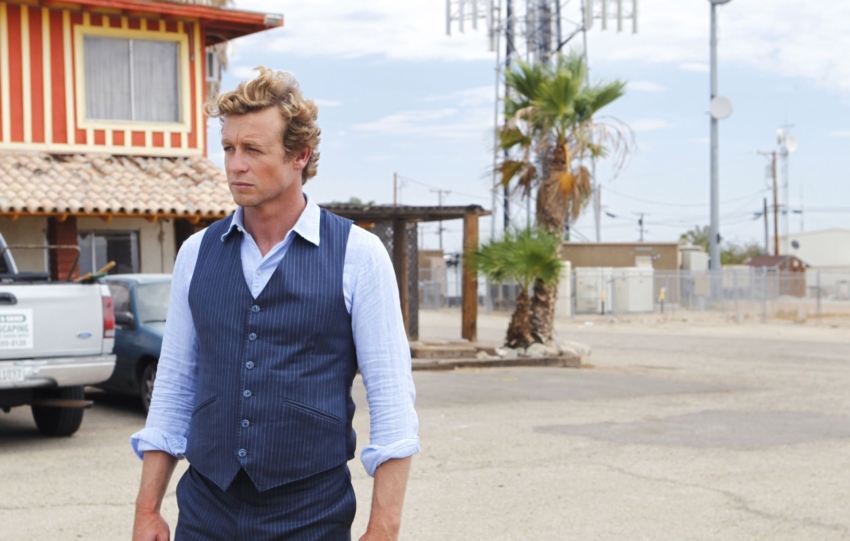