The OA created a one-of-a-kind fantasy/sci-fi experience hitting all the nerves of deep thriller/science fiction and supernatural fans. The American mystery drama television series The OA show was created by Brit Marling and Zat Batmanglij. The OA gained popularity with its supernatural, fantasy and science fiction elements.  In this series, a young woman named Prairie Johnson (Brit Marling) resurfaces after having been missing for 7 years. She now calls herself “the OA” and can mysteriously see from her eyes despite having been blind before her disappearance. If you enjoyed all the strange and wonderful elements of this show, then you can check out this list of shows like The OA that we have compiled.

Jason Isaacs’s performance in The OA was of such high class that I’m sure you want to see more of his work, and the show Awake fits the bill perfectly. Not only does it have Jason’s character as one of the central characters, but the storyline also focuses on the loss of family and the question of reality like in The OA. It’s probably not among the best-executed shows but the concept is very unique and brilliant.

In this show, Jason plays Michael Britten, an LAPD detective who is involved in a car accident with his wife and son on board and finds himself existing in two parallel dimensions. In one of these dimensions his wife dies and in another his son. He struggles to determine which one of them is real and uses the clues from each reality to solve the other. If you want to watch shows like The OA that are full of mystery and intrigue then we would highly recommend Awake to you.

Maniac is a limited series, which like The OA centres on characters whose personal desperation to improve mental anguish leads to an odd science experiment and this science experiment takes them to all kinds of new worlds and situations. The show reminds me of something that was told to Prairie in The OA, ‘living is difficult’ which is a core theme for Maniac.

In OA, Prairie wants to save the boys after she wakes up in the hospital and in Maniac, Annie and Owen also have an unspoken connection that ends up threatening the experiment. Emma Stone and Jonah Hill’s performances are thrilling and excellent. Maniac is a visually gorgeous show and definitely worth watching if you are in search of shows like OA.

Black Mirror is a very popular Netflix anthology series known for its near-future dystopian speculative stories driven by the advancement of science technologies. Every episode has a new story, and new cast, and is directed by a new person. While you may not like every single one of the episodes, some of the episodes will leave a strong effect on you.

Black Mirror features many talented artists like Anthony Mackie, Andrew Scott and Jodie Foster. Be Right Back, USS Callister and Playtest are some of my personal favourite episodes since they highlight the themes of grief, obsession/mental captivity and losing one’s memory similar to The OA. You should check out these episodes from Black Mirror if you are looking for a series similar to The OA.

A great reputation precedes the American mystery drama Twin Peaks. The show has a cult-like status amongst the fans which is why Twin Peaks had a third-season revival in 2017. At the beginning of this show, schoolgirl Laura Palmer is murdered, and the investigation is led by FBI Agent Dale Cooper. Shows like Twin Peaks are rare and only come about once in a generation.

While the story sounds like a procedural murder mystery, Cooper’s goofy and erratic behaviour combined with the show’s unique and experimental style of direction from iconic director David Lynch makes it a very unique watch. Twin Peaks masterfully combines horror, suspense, comedy and mystery similar to how The OA combines various fantastical elements. As a fan of shows like The OA, Twin Peaks is one of the best shows you can watch.

Devs is a recently created show which is quite similar to The OA, it has its own ever-changing rules, it’s filled with surprises and leaves the audience thinking until the very end. Devs’ story follows a character called Lily who works at a company called Amaya which is conducting strange experiments that mess with the flow of time and history.

When her boyfriend, Sergei is invited to join a top-secret branch there called ‘Devs’ he stumbles upon something he shouldn’t have and suffers a terrible fate. Devs may be a bit slow-paced for some viewers we can assure you it picks up the pace during the final episodes. We also enjoyed the artistic approach of the show which focused on showing every frame in an artistic approach, similar to how The OA does it. This show is well-written and genuinely eerie and unnerving to watch. If you wish to check out more shows like The OA then you should watch Devs.

Dispatches from Elsewhere’s creator and the main actor Jason Segel is widely known by many as Marshall from HIMYM. Dispatches from Elsewhere is a show set in Philadelphia and follows a group of ordinary people as they stumble upon the puzzle of life hiding behind the veil of everyday life, which is also a theme explored in The OA.

Dispatches from Elsewhere is visually beautiful, highly engaging and a deeply thought provoking show. All of the cast involved have done a fantastic job in creating an unpredictable and confusing but great storyline for this show. If you want to see more series likeThe OA with bizarre journeys of the main characters, then Dispatches from Elsewhere is the right choice for you.

Traveller looks at humans 100 years from now at a time when we have discovered how to send human consciousness back in Time. In this show, humankind sends their consciousness back to the 21st century to occupy the bodies of soon-to-die people in desperation of changing their fate. Travellers is a highly entertaining and engrossing show to watch with a very unique and innovative storyline.

Though the idea of a group of people stopping the world from annihilation is hardly a unique idea, the concept and narrative style sets them apart from the well-worn time-travel shows. Something I really like about Travellers is that, as the seasons progress, the show only gets better, season 3 was a HIGHLIGHT of the show’s mystery, action, and thrill. Eric McCormack’s performance as the leader of the eclectic bunch of people is absolutely brilliant. Travellers should be on your list if you are a fan of mind-bending and challenging shows like The OA.

The show Glitch is set in the fictional country town of Yoorana, where a group of people miraculously climb out of their graves in perfect health but have no memory of the past. It then follows the characters figuring out who they are and why they have been resurrected which are also themes explored in The OA.

The show does an amazing job of making you care for the characters and builds the relationships flawlessly, especially between oddly matched people. My only problem with Glitch is that it leaves many questions unanswered. However, overall, the show is quite interesting. The ending is poignant and moving, and a fairly logical one. If you are searching for more shows similar to The OA then you can try watching Glitch.

Dirk Gently’s Holistic Detective Academy was inspired by Gently’s novel series of the same name, and it is centred around the titular character Dirk who investigates obscure cases. A millionaire called Patrick Spring has been murdered and dick befriends two men named Todd and Farah who help him solve his cases.

I really found the title to be unappealing upon the first read but don’t dismiss the show because of it, the eccentric detective Dirk is entertaining to watch, and the show is in fact criminally underrated. Holistic Detective Academy’s trippy storyline embedded with philosophical concepts, goofy tones and side characters is definitely something that is common with The OA. Dirk Gently’s Holistic Detective Academy is worth a watch if you want to see shows similar to The OA.

Tales From the Loop is an anthology series that was released on Amazon Prime. Each episode features a different concept of science fiction and its implications. The story follows the interconnected lives of the residents in the fictional town of Mercer, Ohio. ‘Mercer Centre’ is a home for Experimental Physics researchers who are in an attempt to “make the impossible possible”, and a similar concept is also shown in The OA.

The story of Tales From the Loop is based on the art book of the same name by Swedish artist Simon Stålenhag. If you are looking for a hasty thrill and laser beams, this is not the show for you. Rather Tales From the Loop is like watching art. The acting felt realistic, the music is so peaceful, and the stories are mostly kept open for interpretation, making you think about what exactly just happened. The show is like a calmer and bittersweet version of The OA. This show is profound, compelling and panoramic and we highly recommend Tales From the Loop if you want to see shows like The OA.

Some great series like The OA didn’t make the list, but you can check them out nonetheless: 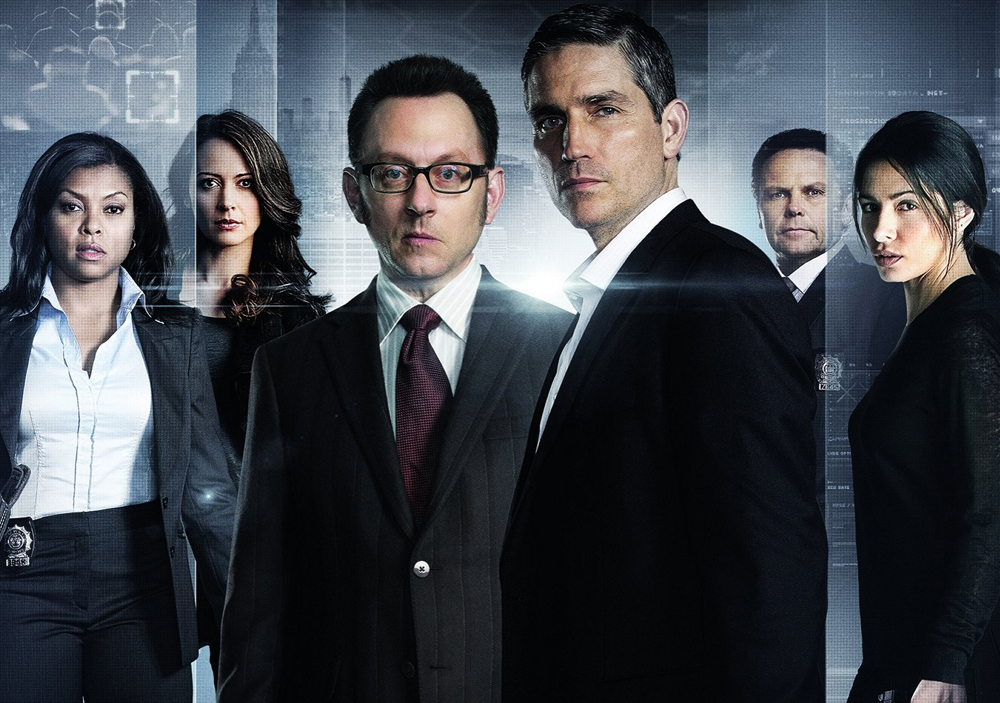